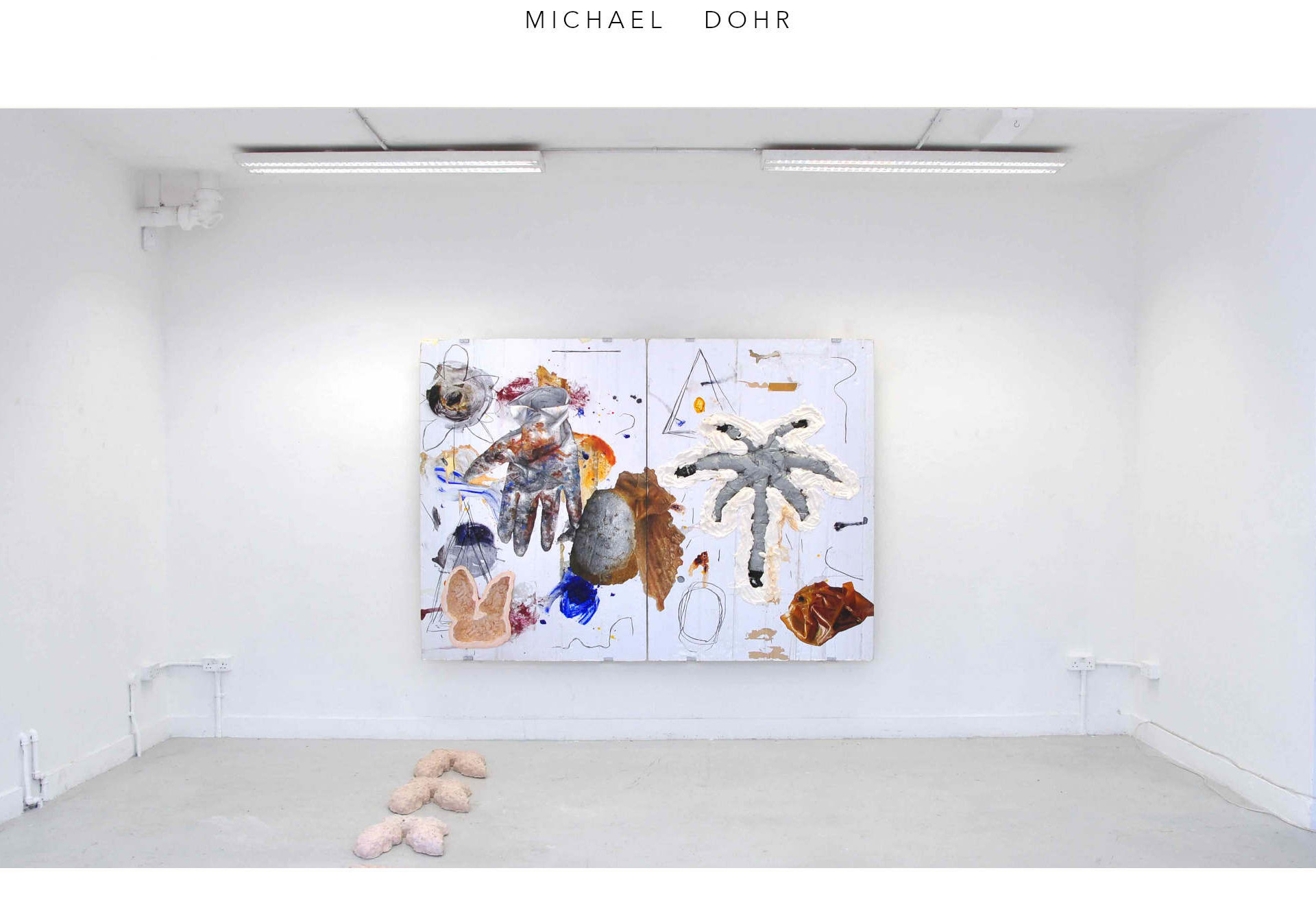 The work of Austrian artist Michael Dohr introduces a surprising visual vocabulary that draws its inspiration from the structures of the natural world as well as from the industrialized society that surrounds us. Dohr contemplates on the gradual process of influencing, controlling and manipulating nature on our path towards a digital and technological society. We seem to be right in the middle of a transitional period that is characterized by a dissolution of the organic on behalf of exponential technological progress. With scientific disciplines such as synthetic biology or bio editing pushing the boundaries of how we interact with living organisms, there is a large potential for an otherworldly sci-fi reality to be brought into existence.

In his work Dohr reflects on this manipulation of nature by creating landscapes depicting an ongoing process that involves notions of organic growth, change or materiality. Dohr uses casting moulds made of silicone and plays with the organic appearance of the material and the concept of an artificial replication of nature. By playing with double meanings and using a visual language that could relate to the organic and the technological world alike he tries to visualize the pressure our modern society exerts on natural systems. The artist creates rockets that could as well be interpreted as trees or nuclear fuel rods that might be regarded as rod bacteria.

In a process of imitating and simplifying natural structures, patterns or creatures and transferring them into a language of symbols and codes Dohr creates speculative worlds caught between an organic past and a technological future. His work has been included in the London Grads Now. 21 show at Saatchi Gallery (UK),  Late at Tate at Tate Britain online and Postcards from London at Villa Arson (FR). He was awarded the Frank Bowling Scholarship in 2020.